One simple hack to take back the people

Chantal Mouffe pleads for a Left Populism. We find ourselves in a crisis of political participation, in which many citizens have lost trust in parties. How can a Left Populism counter this tide?

Are the Gilets Jaunes left-wing or right-wing? The movement that has been demanding lower taxes and higher salaries in France over the last four months does not have a clear political colour. Some of the people in the yellow vests are anti-capitalists, others are far-right Action Française militants, while some, when interviewed by the media, declare themselves staunchly apolitical. What ties together the many different political souls of the Gilets Jaunes is the demand for economic security and the rejection of political institutions that seem incapable or unwilling to listen to their voices. According to Chantal Mouffe, the emergence of these kind of grievances is the reason we need a Left populism—and we need it fast.

Mouffe is a Belgian political philosopher and a professor of political theory at the University of Westminster. Among others, her work on radical democracy has inspired Jean-Luc Mélenchon, the leader of French leftist party, La France insoumise, and Podemos, Spain’s self-declared left-wing populist party.

“I do not deny that there are people who feel perfectly at home with those reactionary values,” writes Mouffe,“but I am convinced there are others who are attracted to those parties because they feel they are the only ones that care about their problems. I believe that, if a different language is made available, many people might experience their situation in a different way and join the progressive struggle.”

For a Left Populism

In her latest book, For a Left Populism, Mouffe explains populism is thriving in our day and age; thirty years of neoliberalism has eroded social protections and led to the explosion of economic inequality between a super-rich elite and the lower and middle classes. After the 2008 economic crisis brought these contradictions to the fore, traditional centre-left parties proved unable to offer an alternative to neoliberal policies. As a result, we find ourselves in a crisis of political participation, in which many citizens have lost trust in parties, unions and political institutions altogether.

Mouffe believes it’s necessary for political forces to mobilize citizens by drawing a dividing line between those below—i.e. the People— and those above—namely the Oligarchy. That’s exactly what right wing populist parties, like Le Pen’s Rassemblement National in France or Salvini’s Lega in Italy, have been doing over the last three years. Using in xenophobia and nationalism as vehicles, they succeed at addressing and articulating the fears and demands for security of those who feel disenfranchised. According to Mouffe we need a new populist Left, capable of building a “we”, alternative to that of the populist right.

For Mouffe, populism is essentially a strategy to create a movement. In the last years, after the rise to power of Donald Trump, the Brexit vote and Le Pen’s presidential bid, political theorists like Cas Mudde and Jan-Werner Müller have published works defining populism as an ideology, and an illiberal ideology at that. Mouffe, on the other hand, uses the definition given by her colleague Ernesto Laclau in On Populist Reason in 2005: “a discursive strategy of constructing a political frontier dividing society in two camps and calling for the mobilization of the ‘underdogs’ against ‘those in power’. Mouffe and Laclau’s populism is a method. It’s not an ideology, nor a regime, nor is it inherently good or bad; it is devoid of any content. There are no populist policies—only populist ways of talking about them. Populism just means telling a convincing “us-versus-the-oligarchy” story.

For a Left Populism is not as much a political theory essay as a call to action, but it is informed by two ideas that underlie all of Mouffe’s work: a dissociative conception of the political, and anti-essentialism. The first means that politics is always partisan. While a liberal might say that the highest expression of the political is compromise, for Mouffe—as for Machiavelli and Hobbes—the nature of politics is conflict. In order to act in any political way, you cannot avoid  distinguishing between us and them. In other words, you need an enemy.

The second idea—anti-essentialism—means that there is no natural “us” and no natural “them”. According to Marx, the working class has objective (material) interests that will automatically be opposed to the capitalist’s objective interests, so political conflict will necessarily happen along the line of class division. For Mouffe, on the other hand, all collective identities come from a process of identification, and can thus be transformed by politics. In the case of populism,  that means that not every citizen voting for a racist, homophobic candidate is necessarily a racist or a homophobe beyond saving. They might just have been listening to the wrong “us-versus-the-oligarchy” story.

In right-wing populist discourse, the way to restore democracy is by reclaiming “national sovereignty” against an oligarchy imagined as a globalist élite. Journalists and intellectuals are them, migrants and NGOs that help them are them, feminists and LGBT+ people who endanger “the traditional family” are them, banks and the European Union’s technocratic institutions are them, and George Soros, a billionaire, a prominent supporter of liberal causes and—in line with a proud tradition far-right of conspiracy theories—a jew, is very much them. If you hate them, then you are us, a man of the people. With the right enemies, even a business owner gets to feel like one of the underdogs.

The question Mouffe has to answer when proposing a left-wing populist discourse is: on the left, who is them? And, perhaps even more importantly, who is us?

Together with her colleague and late husband Ernesto Laclau, Mouffe has been studying the construction of political identities since the eighties. They were living in the UK during the Thatcher era; in their book Hegemony and Socialist Strategy (1985), they suggested a way for Labour to counter Thatcher’s right-wing populism by expanding its social basis. Alongside the demands of the working class, they argued, the party should have embraced the demands of the new social movements that had emerged in the ‘60s: ecological, feminist, anti-racist, ethnic and LGBT+. The objective was to constitute a new bloc around a socialist project: the “radicalization of democracy”.

What was true then remains true today, writes Mouffe: social democracy alone is not enough to unite “the people”. The new social base of the populist Left should include all those who, after decades of neoliberalism have become impoverished and alienated from politics, as well as the anti-racists, feminists and environmentalists. According to Mouffe, policies that would promote consumer demand and economic growth will not work now that we are standing on the verge of environmental disaster. It is thus necessary to find a new synthesis between key aspects of the democratic and socialist traditions and a new model of development.

In Mouffe’s Left populism, them is the corporations, the exploiters, and the political forces that support the neoliberal economy; them is the polluters who make profit at our expense; them is the racists, the patriarchy, the social conservatives; them is the nationalists who pit local workers and migrant workers against each other.

On the other hand, the guy in a yellow vest smashing in shop windows is us. The Deliveroo drivers are us; the Belgian students who strike against climate change are us; the migrant workers who unionize in the tomato fields in Italy are us; the women who strike on the 8th of March are us; Pride is us.

A couple of weeks ago, Alexandria Ocasio-Cortez, Democratic Representative in the US Congress and poster child of the Democratic Socialists of America, tweeted an article about a working class black community outside Philadelphia affected by toxic fumes. “Some people are aghast that we’ve connected dots between environmental, economic, social, and racial justice in the Green New Deal,” wrote Ocasio-Cortez.– “Despite Flint, Standing Rock, Puerto Rico, Katrina, & West Virginia, people desperately want us blind to the injustices of frontline communities. And here is another”.

The story goes as follows: last year, China stopped importing plastic waste from other countries. Instead, the plastic set aside for recycling by the good citizens of Philadelphia is now sent to the incinerator in Chester City, Pennsylvania, where they are burned in vast volumes. This has caused an increase intoxic pollution that threatens the health of people of Chester, causing abnormally high rates of respiratory problems and cancer.

The same thing is happening all around the world: vulnerable groups bear the brunt of pollution and climate change. Working class families who live in industrial districts are poisoned by dioxin emissions (most notable, the case of Taranto’s ILVA steel plant, the largest in Europe), extreme weather events in places with poor infrastructure sink poor communities further into poverty, and lower crop yields mean lower income for farmers and their families.

The Green New Deal is a textbook example of how a populist Left can link together economic, environmental and social justice concerns, and how grassroot movements and electoral politics can work together to bring these concerns to the table. It is essentially  a program proposing  massive public investments in clean-energy jobs and infrastructure, meant to decarbonize the US and redress economic inequalities. Initially the idea was pushed for by green activists, like the climate justice group “Sunrise Movement”, but it has recently been picked up by some Democrats. On February 7, Ocasio-Cortez and Senator Ed Markey tabled a Green New Deal resolution,which pushes for transitioning the United States into using 100% renewable energy sources, including investment into electric cars and high-speed rail systems, as well as improving infrastructure for the most vulnerable communities.

The Green New Deal is about forging a frontline in the battle for popular, albeit populist, support. If we listen to US President Donald Trump, it is “a massive government takeover that would destroy our incredible economic gains”. If we listen to Chantal Mouffe, this is us.

What does this mean for the Gilets Jaunes? In an interview with French newspaper Libération, Mouffe supported French film director and member of parliament François Ruffin—the brain behind Nuit Debout, the 2016 social movement against Macron’s labour reform. Ruffin proposes the creation of a popular anti-Macron front by uniting the Gilets Jaunes and the people of Nuit Debout—the intellectual petty bourgeoisie. “If these two components fail to join together with feminist, anti-racist and working-class demands,” foresees Mouffe, “the possibilities of politically building a left-wing people will be very limited.”

It remains to be seen whether, in the run up to the European elections, La France Insoumise will manage to define an Us fast enough to win the votes of the Gilets Jaunes. Chantal Mouffe has written the playbook for a Left populism: the question now is whether there are any politicians capable of implementing it.

This article is brought to you by a partnership between De Balie and Are We Europe, the coolest print magazine on the continent—with borderless stories about Europe, beyond Brussels. In the run-up to the European Elections we keep you up to date on the latest European issues. 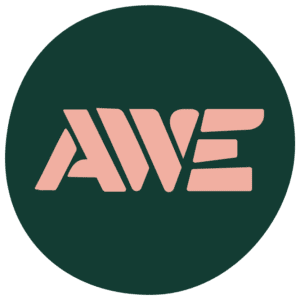 The Green New Deal is a textbook example of how a populist Left can link together economic, environmental and social justice concerns