Just one of the many far-reaching impacts of the slave trade on human history is on agriculture and horticulture. While the French plantation owners on the Caribbean island of Martinique had their gardens laid out in Versailles style, their enslaved workers continued their tradition of using medicinal wild herbs, which grew in hedges on the periphery of the “habitations.” The plants were known as rimèd razie, or “hedge remedies.”

Nowadays these herbs represent one of several resources through which the people of Martinique counter the health and ecological ravage caused by the use of pesticides on the banana plantations, which cover a quarter of the land. Another form of resistance is being led by farmers who are reclaiming uncultivated lands to grow indigenous vegetables, guided by expert local knowledge and without any industrial pesticides.

While pruning, chopping and harvesting the plants, local farmers explain, with extensive historic knowledge of the post-colonial era, how difficult it is to preserve biodiversity. These lively interviews alternate with more poetic and tranquil scenes of the island’s lush greenery, and of the cause of the problems: the dangling bunches of bananas, wrapped in plastic.

With an introductory talk by dr. Francio Guadeloupe on the aftereffects of colonial history. This introductory talk will discuss the past and present of colonialism in the Caribbean, the aftereffects of the global slave trade, and its remaining devastating impact on the island’s inhabitants, as well as its ecology and agriculture. How do we breathe new life into this dead earth?

Dr. Francio Guadeloupe, a social & cultural anthropologist and development sociologist by training, is the President of the University of St. Martin in Philipsburg, Sint Maarten on the bi-national island of Sint Maarten & Saint Martin (Dutch and French Caribbean). Guadeloupe’s work can be described as a scholarship of possibilities seeking to undo the guiding fictions of “race”, sexism, and the naturalization of class hierarchies that have become entrenched in our thinking, behavior, and institutional arrangements. 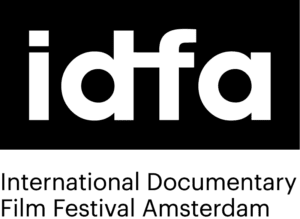