For three days contemporary artists from Uganda, Mozambique, Namibia, South Africa and the Netherlands meet on stage at De Balie for the 18th edition of Afrovibes festival. With dance, spoken word, conversations and music.

This night we delve into the world of Afrofuturism – a cultural movement of music, visual art and literature that explores the future of black identity beyond the history of oppression. With choreographer Idio Chichava from Mozambique, Afro-Caribbean visual Artist AiRich, choreographer Idio Chichava from Mozambique and the Belgian dancer & singer Reinel Bakole, moderator Maarten van Hinte speaks about how Afrofuturism shapes their artistic work.

With an introductory lecture by South-African choreographer and curator Jay Pather, artistic director of Afrovibes.

This night of Afrovibes is a twofold: a  talkshow and a performance
– Talkshow: afrofuturism
– Performance: sentido unico

Please note; upon arrival we ask for a vaccination- or test certificate. Read here everything you need to know when visiting De Balie

AiRich is an Afro-Caribbean Visual Artist based in Amsterdam, The Netherlands. AiRich unites the past and future to create her afro futuristic super beings.

Reinel Bakole songs are dazzling, atypical, and super addictive. Trained as a classical and contemporary dancer, and heavily influenced by Billie Holiday and Bon Iver, the Belgo-Congolese artist has built a singular environment in which soothing vocals, jazzy chord progressions and mind-blowing aesthetics come together.

Idio Chichava is an internationally recognized choreographer from Mozambique. Internationally he dances with numerous companies. In Mozambique, he is focused on his own productions, with emerging dance artists of the country, in an attempt to invest in different spaces for the appreciation of dance as a way of respecting and valuing the choreographic artist. 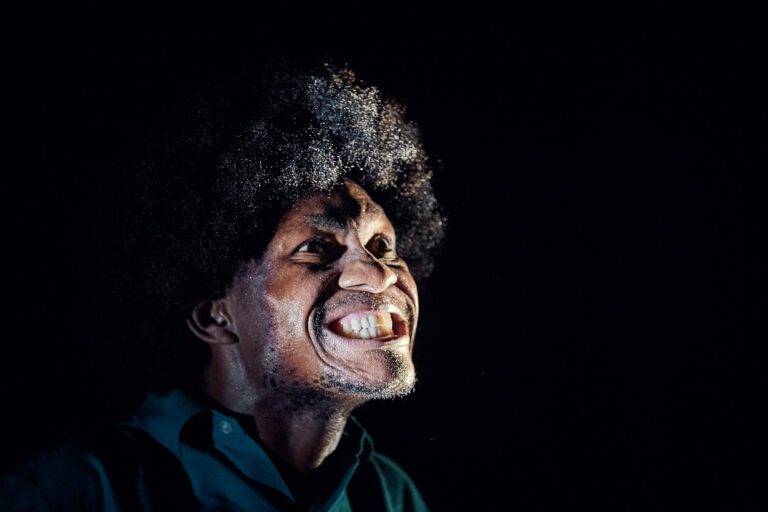 In three choreographies choreographer Idio Chichava makes visible and tangible what living on the margins of society actually means. A life …