Using theatre, spoken word and music, Venus vs. Modernity is an emotion journey for two formidable performers and the audience into the life of one of the most famous controversial and iconic figures to ever emerge from South Africa: Saartjie Baartman.

In Venus vs. Modernity poet Lebo Mashile, singer Anne Masina and director Pamela Nomvete explore the life of Saartjie Baartman who became famous as “freak” on the human exhibition circuits of Europa two hundred years ago. Her body became a reference point for satirists, political cartoonists, fashion designers and the medical fraternity. This performance turns this famous historical story on its head and gives Saartjie an autonomous voice in poetry and opera. Venus. Vs. Modernity shows that the issues faced by Saartjie Baartman still apply to contemporary black women in the modern world.

After the performnace Lebo Mashil and Anne Masina will speak with the audience about their artistic work.

Lebo Mashile is one of South Africa’s bravest women because she speaks her mind. As a poet she has been contributing immensely to the South African arts scene for over a decade. Venus vs. Modernity was first conceived of at The Centre for The Less Good Idea, a multi-disciplinary artistic collaborative space spearheaded by acclaimed South African artist William Kentridge.

This programme is part of the Afro_Vibes Performing Arts Festival (3 – 13 October 2019). For two days Afrovibes Festival will take place in De Balie and give new perspectives on the African continent by staging contemporary and urban theatre, dance, and music. This year the festival’s theme is ‘Speaking Truth to Power’. Artistic director of the festival is Jay Pather, director of the Institute for Creative Arts (ICA) at the University of Cape Town. 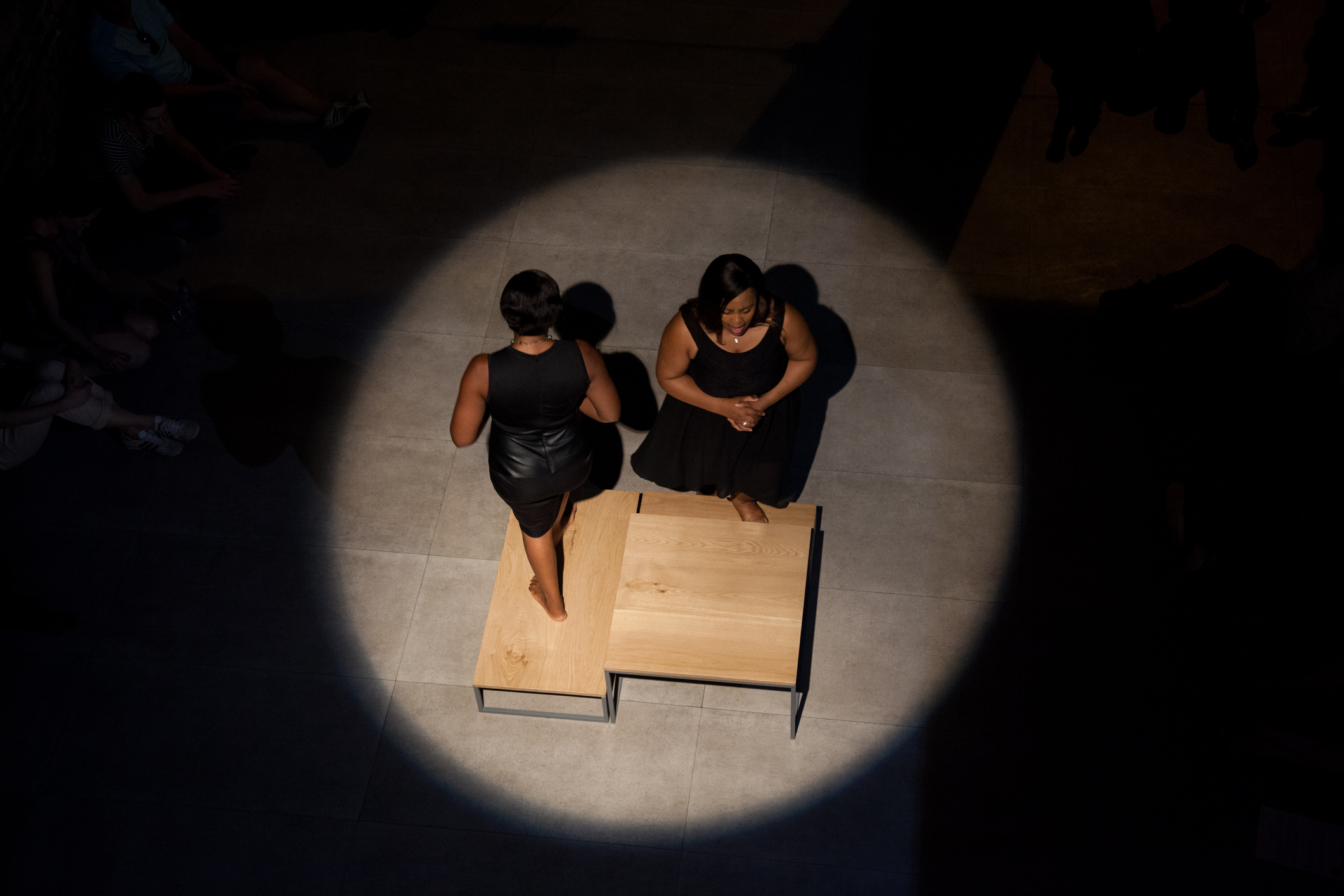 Afro_Vibes Festival: The awarded performance ‘Elegy’ by South African artist Gabrielle Goliath is a powerful lamentation for victims of sexual violence that sheds light on rape culture in South Africa and around the world.